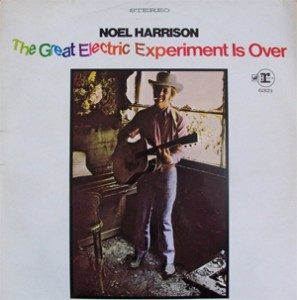 The idea to add sound effects to the podcast this week was mine and mine alone. So please feel free to direct any ire towards me. I’ve got some better software to manage the sounds now so next week should go a lot smoother.

I did it for two reasons. One: anything that can add some liveliness to our shows is a good idea. The main purpose of the podcast is to let you in on a conversation, but the other is to have some fun. Nothing says fun like a well placed Mr. Burns quote.  The second reason is far more sadistic: there’s something quite satisfying in watching Doug twitch a little with an unexpected sound clip. I expect some kind of horrible retribution, but it’s well worth it. 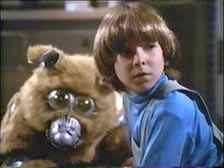 Hello again. There is a new episode of the podcast up here. Battlestar has returned to the airwaves, so that’ll kill at least twenty minutes of discussion per week. I think we’re still technically on season four, even though it seems like we’ve been living with this show for eight years. This is a feeling that stems not from a lack of quality in the show but more from the fact that Sci-Fi knows they have nothing else on the air worth watching for a prolonged period, and so they have to break each season up into four mini-seasons and air them all a year apart for maximum effectiveness. I tried to watch Eureka (it’s good but not good enough to keep me coming back). I tried to watch Sanctuary (it is not good, really). And I occasionally catch some variety of Stargate, which is usually right at that mediocre level unless it’s a rerun with MacGuyver in it. Other than that the network is content to churn out cheap monster movies shot in the Czech Republic that they can air twenty times a week. I understand this business model, but I do not endorse it. 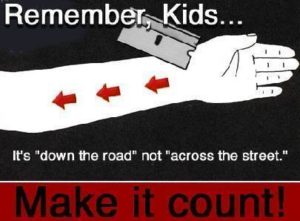 So Doug and I talked about a few of the Oscar films in contention this year on the Big Show. Slumdog Millionaire (the favorite and righty so), Milk and the really, really depressing Revolutionary Road. Now I’m not sure what it is about Sam Mendes, but maybe he has it out for the American suburban middle class. In two of his most lauded films (American Beauty and Revolutionary Road) he really seems to go after the illusion of suburban life in America. I mean thematically there’s a lot of similarities between DeCaprio’s and Spacey’s characters in each film. Both try to change their suburban lives dramatically and both get rewarded with a huge kick in the soul. And that makes me wonder if that says more about American culture or more about Mendes himself.

Only 4 days later we’ve put out another cast. It was probably too soon, especially on a typicaly slow news week. So there’s some extra rambling and tangents this week. We did have the announcement that Matt Smith would be the new Doctor Who in 2010, which is a very long time and 4 more specials away.

Doug and I talked about how there’s no equivalent show here in the United States that can compare to the zeitgeist that Doctor Who creates in the U.K. I mean they got six million people to watch for an hour about casting!?! I’ve been racking my head over it and just can’t think of a single TV show in which the central actor is so important that a quarter of the viewing public gets that interested in it. CBS wishes the casting news of Lawrence Fishburne could attract a 25 share.

Anyways, here’s a picture of the new Doc. Some say he’s a little young, but I trust the man that brought me River Song, Clockwork Men, and the line “Don’t Blink!” to make the right call. 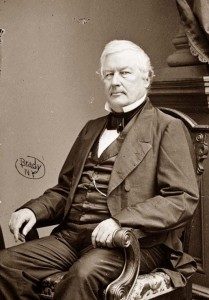 There’s a new episode up over here, as we wrap up the year with some nerdery. I was trying to figure out what to name this post, when I decided that, since it’s the 35th episode, I would name it after the thirty-fifth President. I couldn’t remember exactly who that was, but I was hoping for someone funny like Jimmy Carter or Gerald Ford or Millard Fillmore (okay, I knew it wasn’t Millard Fillmore), but after typing “thirty-fifth president” into Google and then clicking the link that corrected my spelling (tiny keyboard), I realized it was JFK, who isn’t funny in the least. This naming scheme would have really worked a lot better if I’d done it back in the teens.