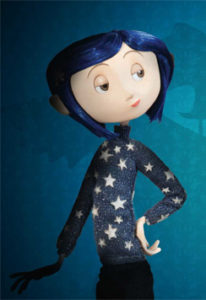 I took a purposefully hardline stance on the stop motion animation issue this week. Mainly that was so there would be a big argument instead of the two of us just agreeing on everything; I don’t feel that strongly about it, but I do question whether or not the process has any relevance any longer. The problem with stop motion is in its fluidity of movement. Things jerk around the screen even if you’re the stop motion master (Henry Selick) and have years and years and millions and millions to make your project. There is simply no way to, say, properly animate the movement of Coraline’s hair as she falls down a well. You do the best you can and you  get pretty close and everyone forgives you because they understand the ridiculous amount of work that you’ve put into this, so who cares if the hair is a little off? However, if you do the hair in the computer, you can get it exactly right. You hit a few buttons, some physics magically appear, and it looks like real hair. Or cartoon hair that moves right, if that’s what you want.

It is entirely possible, using modern CGI, to make a movie that looks exactly like Coraline (or Wallace and Gromit) but moves as fluidly and naturally as if those little plastic dolls were actually moving around in real time. If you want it to look like a model, if you want the focal plane to simulate a macro lens shooting a miniature house, you can do all of that. Hell, build all the dolls by hand and scan them in if you want. The point here is that, if done right, the visual aesthetic is exactly the same as in stop motion. I don’t know the expenses and manpower involved. Maybe you can do a stop motion film for a third of the price of CGI, which in itself would justify the medium’s continued existence (if a movie every 8-10 years can really be considered a continued existence), but I doubt the cost difference is all that extreme. 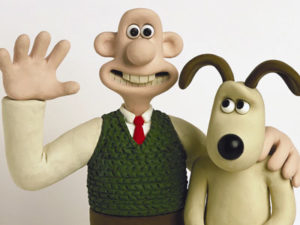 I am in no way saying that the work that stop motion artists do is worthless. If anything it’s the opposite. The time and attention to detail in these things is amazing. However, if I were a kid who had no clue how any of these things were made, I might get a little put off by the oddities of stop motion when I’m used to the fluidity of Pixar. In the end it’s somewhat like printing a newspaper on an old printing press. Sure, it’s damn impressive that you laid out every single letter lovingly by hand on each and every page, but the end result is no better than if you’d laid it out on a computer, so why not go with the one that’s easier to make and has fewer rough edges? 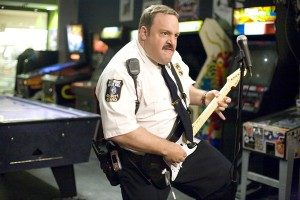 here. We’ve hit 42 already, and as we close in on a full year of ridiculousness, I think we can all agree that if nothing else comes of the podcast, at least it got me to watch Paul Blart. It’s not awful. I mean, it is awful, but it’s not awful enough to make me doubt the future of mankind like a lot of other dreck that gets put out there. It’s harmless, and watching it I can see how it made a whole bunch of money from people wanting to take their kids to see something funny that isn’t totally asinine and will help keep mommy and daddy’s mind off of the fact that they can’t pay the mortgage and the gardener stole all the silverware. I didn’t laugh, but I think I smiled a few times. I mean, I was pretty drunk. Plus you can really never get enough of terrorists on skateboards and mini BMX bikes. 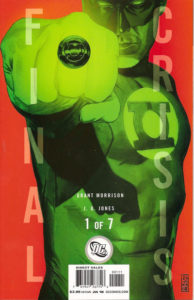 Sound effects are harder to incorporate into the show than I anticipated. I find myself constantly looking at the laptop figuring out what the best sound could be, which causes the show to have these odd little hiccups that don’t quite work. Of course it doesn’t help that I look across at Doug’s face in fear of what hellish sound effect is going to roar across the headphones. I should take relish in it, but I feel kinda bad. This is not to say that I’m going to stop right away, but I will keep refining the process a bit more before I throw in the towel.

I’m really happy with our talk about Final Crisis and remarkably unhappy about the reception that it has received across the internet. It seems to me that we should applaud when a marginalized medium, like comics, tries (and IMHO succeeds) in expanding the storytelling powers and scope. We should, as fans, stand up and cheer from the rooftops. Comics are not films, TV shows or novels and because of that we should not impose the same limitation and story structures that those other mediums have. 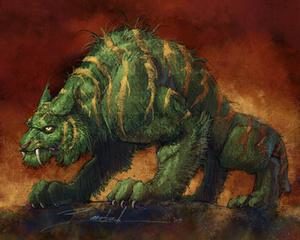 Throw some armor on this thing and then imagine Kevin McKidd covered in blood and warpaint and wielding the sword of Eternia while riding it over the corpses of the fallen. There is certainly potential for a Masters of the Universe movie.