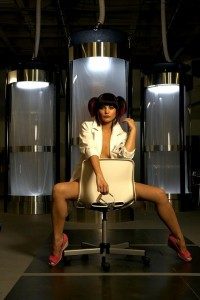 Our 48th episode is up. Looking at this picture, you may be tempted to actually watch Forbidden Science. You can save yourself the trouble and just watch the trailer, which will give you all of the terrible acting and bad music you’d see in an actual episode but without the tits. Thinking it over, I think doing a serious dramatic erotic series is impossible, as no decent actor would ever need to sink to such a level. Therefore you get people like this, who I suppose are doing the best they can with what they are given. Overall though, the budget for this show could have probably bought ten thousand llamas for a third world country. Instead we got this.

To cleanse the softcore taste from your mouth, why not watch the trailer for Where the Wild Things Are, which was both Jose and my Best Thing Ever of the week. Knowing the overall themes of the book help a lot, but I’m sure it’s pretty great even without that background.

There are probably other things I’m supposed to link to after this week’s episode but I have forgotten them all. 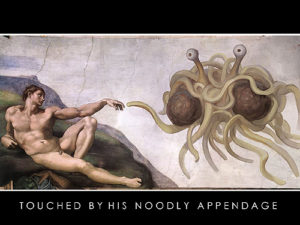 Our latest episode is up and as you might imagine it’s heavy on the Battlestar Galactica talk. I made a comment during the ‘cast that I wanted to expand a bit upon, “nerds don’t like God in their Science Fiction”. I felt even stronger about that statement after I read this on the io9 blog.

Now that’s a pretty broad statement.  I mean plenty of great Sci-Fi has had an element of the supernatural or spiritual in it, mostly in literature and some in television (most notably in my mind is Quantum Leap, for example).  I think that what makes the way Battlestar used it in the finale different that the way other shows have used it is that it was explicit in its use. That is to say that BSG didn’t mince words when it said that Starbuck was some kind of angel (horrible descriptor) and that Vision Gaius and Six were emissaries of a higher power. In a lot of science fiction they hint at a “God” or use it subtly, but in BSG they just came right out with it, and I think that bothered people.

I truly think that it’s because that kind of answer doesn’t give the hardcore sci-fi viewers the sort of concrete, trivia question answers that they crave. Check out any discussion board on a variety of genre subjects comics books, fantasy, sci-fi, TV; they all have a devout conversations about continuity and where things fit.  Comic Book discussions are notorious about this, but I think it applies across the board.  The answer of “God” is ultimately  unsatisfying for many I think because it doesn’t deliver anything concrete. The spiritual is a nebulous thing that can cover a lot of ground and can easily be abused. Which is a shame since as one of the great mysteries of existence, the “God” question and answer is one of the best topics for speculative fiction to cover.

This weeks show we talked a great deal about all kinds of stuff this week, but we talked a little bit about reality TV and some of the recent rumblings that Michael Vick and Rod Blagojevich are either looking to be on a reality show or will be on a reality show in the coming months. When major networks are casting alleged and convicted felons in their TV shows for ratings it’s time to storm the studios with flaming pitchforks. One step closer to Armageddon.

Oh and here are some things we talked about this week. 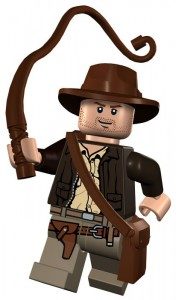 This week we actually managed to record the entire show, so it wasn’t just Jose and I talking to the baby monitor for half an hour.

I promised a link to the Raiders story conference, and here it is. It comes to us courtesy of a blog called The Mystery Man on Film, which looks pretty decent. Another screenwriting blog certainly worth your time is John August’s Blog, from the guy who wrote Go (which is an amazingly quick and entertaining read) and others. We semi-slandered this guy a couple shows back but his blog is enormously informative and fun to read. Finally, an old standard that helped me out a lot when I first moved out here ten years ago (holy crap)  is Wordplayer, brought to you by Ted Elliott and Terry Rossio. They’ve written Pirates, Shrek, Zorro, and a bunch of other high profile stuff, and the “Columns” section there has a hundred columns on different screenwriting topics. I have them all printed out in a giant four inch binder. The columns aren’t updated as often as they used to be, what with them sipping Mai Tais on rafts made of money, but the old ones are some of the best, most honest and straightforward words I have read on the topic of writing for the film industry. Enjoy! Find everything you need to know about this here.

We are awash in technical difficulties this week, just like old times. With Jose’s laptop in for repairs, we were forced to rely on an old fashioned computer held together with rocks and hog paste. It worked, but only for about 57 minutes. Sadly, we talked for about 90 minutes. Here is a brief summary of what we talked about that you will never get to hear:

That’s about it. I think we came back around to Watchmen at the end, and Jose sang a song.