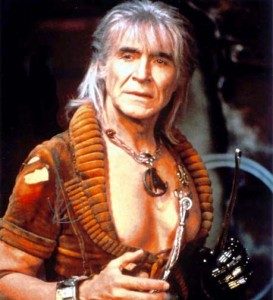 New episode! It’s Comic Con time again, and that means us talking about footage we haven’t seen but that has been described to us by people who have seen it! Only this year we actually spend most of our time talking about footage from last year, previously only available in a horrible form, but now released in much flashier formats. I am talking, of course, about the Tron: Legacy test footage, which you can download in a variety of pretty ways from THIS PLACE. I would embed it but it really deserves to be seen in the highest resolution you can, because this one’s all about the visuals. Also, headphones. Loud.

Other than that and the Iron Man 2 footage (which, again, has not been released yet and probably never will be), there wasn’t much exciting to come out of the convention this year. There was some cool comic news, but that really doesn’t seem to be the focus anymore, as it just gets lost in the stampede.

Not mentioned in the cast, because I hadn’t read it yet, was this report from Deadline Hollywood Daily, which talks about how disappointing the “9″ panel was and how the studio decided to pretend that people cared by playing their footage again even though no one wanted to watch it. This is a film that has some fairly big names attached, and the trailer keeps trying to make me think it’s a good movie but I am  not excited for it in the least.

Today marks the 40th anniversary of the Apollo 11 moon landing and we talk a little bit about it at the start of this weeks ‘cast. I think that aside from the usual pride that accompanies that event comes the slight twinge of sadness that it’s been so long since we’ve been back. I suppose if they had found oil or gold up there we’d have shuttles leaving every hour on the hour today. Alas all they found were rocks and a tremendous sense of wonder and accomplishment at archiving the seemingly impossible. The following are a few videos of the event along with Kennedy’s “We Choose to go the Moon” speech from his Rice University address.

We also chat about the emmy noms and go over what turned out to be a pretty light week of news. 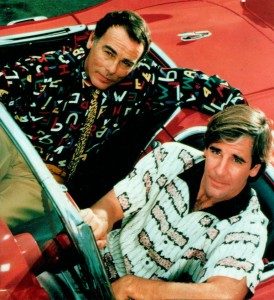 We go a little bit overboard this week with our praise of Quantum Leap. Part of this stems the nostalgia of it being a show we grew up with, back before the dark times, but a great deal of it is owed to the fact that it was a really great show. It dipped in quality a bit toward the end when they introduced the evil leaper, who I am pretty sure leaped just like Sam did except her leap color was red. Because, you know, red is pretty evil. I have a feeling that SciFi… er… SyFy would be aiming to inject a lot more stuff like that into the show rather than play it as a weekly drama about real issues. They are, after all, a science fiction network… er… syence fyction network. I also have no doubt in my mind that somewhere on a SyFy nytwork exyecutive’s dysk there is a group of headshots for possible leads that includes Tahmoh Penikett, Jamie Barber, and probably that dude who played Hot Dog. Also I bet they find a way to make it so Sam (or Sam Jr.) can jump into the more distant past (where CGI dragons roam) and the future. This show is a great idea.

Here’s a link to the new District 9 trailer we gushed over that goes into some more detail about the plot. The film releases on August 14th and looks to be pretty awesome.

Finally, my Best Thing Ever this week is the excellent olde timey radio program X Minus One. I know it is a stretch to think about a story told without any pictures, but just try to think of it as a podcast and you should be fine. The only good source I could find online was here. Sadly, they are in Real Media format, which I think is some kind of wax cylinder based format from the Depression. If you look around you may find better versions.

Here’s the trailer from Lost/Heroes writer Jesse Alexander new midseason show for NBC “Day One”.  Apparently some guys at Quiet Earth got a hold of it, the seem to be obsessed with the end of the world.

On first impressions it looks good, not at all like the cost-cutting genre efforts of the past few seasons. (See: Knight Rider, Merlin). Here’s hoping it’s a good show. I’ve listened to a few interviews with Jesse and he seems like a nice guy with great ideas.

So we had an inordinate amount of crashes this week while recording the show, but it turned out to be a corrupt GarageBand template so a quick rebuild of our show template fixed everything and allowed us to continue on with the show, just in time to save Doug from storming out in disgust. Unfortunately, the crashes forced us to skip over some talk about True Blood’s second season as well as Hung’s opening episode. I know that Doug has departed the True Blood train after last season’s finale, but I’m still enjoying it quite a bit.  True Blood’s  strange, almost novel like pacing of the story along with the it’s capacity to throw you a wild curve ball in the middle of everything is a welcome change from most shows that follow a predictable formula (RE: CSI : Law and Order Bosnia). As far as Hung is concerned, I haven’t seen it yet, but I do think it’s funny that Doug associates Thomas Jane with Boogie Nights and I just think of him as The Punisher from the lackluster film.

Here are some links to the some of the things we mentioned this week including the rockin’ “Ring Capacity” song from my “Best Thing” this week.

Dead Rising and some annoying video of the damn convicts in the game – http://www.capcom.com/deadrising/ –  annoying convicts link here

The Assasination of Jesse James by the Coward Robert Ford Trailer

And some information about not getting chipped against your will – link