Well it’s been a full week now since the Lost finale and as you can imagine Doug and I go a few rounds discussing the merits and failings of the big finale on the show this week. I’ll leave you to guess who liked it and who did not. We also have the usual Stargate : Universe recap and a few notable stories including the passing of Dennis Hopper and Gary Coleman. However, what interested me the most was our Doctor Who conversation this week. While this weeks two part conclusion proved to be nothing all that fantastic, that in itself seemed to be interesting to me. Moffat was supposed to be the savior of Doctor Who from the dregs that RTD had taken it to. However it seems as if he’s just made it kinda mediocre and that to me is almost worse.

Seems like a terrible week to take off with the Series finale to Lost having just aired last night. I know both Doug and I are chomping at the bit to go 10 rounds talking about it, but scheduling and other commitments are keeping us apart this week so there will be no show this week. We’ll be back next Monday with A LOT of talk about lost and we’ll also be able to talk about the full two part episode of Doctor Who that airs next week. It’s always nice to be able to talk about those episodes in their entirety rather than as half completed stories.

That said we’ll see you next week. Cheers!

Episode 102 is now available for your listening pleasure. We talk a lot about TV this week, as the networks gear up to announce their new fall schedules. Next week we’ll be posting a day or two late, as we take Sunday off to watch the surely-not-disappointing final episode of Lost. 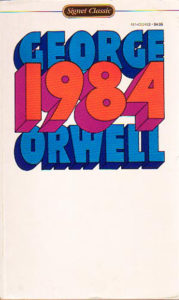 It’s episode 101 and I neglected to make a George Orwell comment so I’m rectifying that here. If you’ve never read it then “GET THEE TO A LIBRARY!”. That said I could have made some kind of binary joke, but I don’t know what 101 would mean.

This week on the show we talked about the anemic (IOHO) summer blockbuster season and our thoughts on the opening salvo of Iron Man 2. Here’s the recap…the mainstream reviewers are right about it. Still go see it, because there’s not much out there this summer.

Join us for a celebration of triple digits with a retrospective looking back on the 99 episodes that came before. Mostly it’s just us laughing about how awesome we are. But then after that we talk about some stuff that you might be interested in. Join us next week for a summer movie preview show and our thoughts on Iron Man 2.