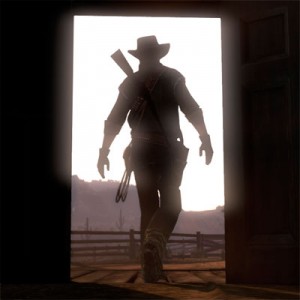 New podcast up there, on that grimy gray bar with the arrow on it.

We talk a lot about Red Dead Redemption this week, and if you own an Xbox and haven’t played it yet, you should definitely pick it up assuming you are an adult who appreciates good storytelling. This is definitely not a kids game, and while you could say the same thing about GTA4, with its prostitution and its rampant murder, GTA4’s story was decidedly juvenile, comparable to any number of R rated films that twelve-year-olds are typically watching these days. In fact, they ripped things right out of a lot of those films and didn’t seem to care. On the other hand, Red Dead, with its prostitution and rampant murder, tells a much more mature story that contains actual themes and undercurrents.

It’s the kind of thing that would likely go over the head of most kids (I say most, because there are smart kids and dumb kids). And really, without the storyline you have an average open world, a simple shooting mechanic, a gripping herb picking simulation, and no boss battles. It’s the story, the experience, that sells this one, not a gameplay gimmick, which is a rarity in gaming and something we haven’t seen since… Bioshock? Unless I’m missing something.

If I had used a few more big words and some italics, this blog entry could have been on Penny Arcade.

So Doug and I got a chance to spend some time at E3 this year where we had a good chance to see a lot of cool stuff this year, so we spent a great deal of time on the show this week talking about all that we saw and there was a lot to see.

Here’s probably one of the best things at the show (that we could not see as it was shown behind closed doors).

You forgot the Mortal Kombat video. You’d remember that if you took more than 3 minutes. 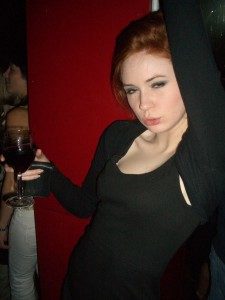 Get it? Because she travels through time.