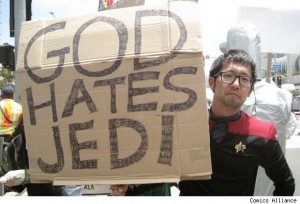 Over here on our Libsyn page (or right up there with that funny arrow), you can check out episode one hundred and eleven. It’s a whole lot of Comic-Con news this week, although almost none of it is actually about comics. We get into an argument over young Jeff Bridges in Tron, and I am pretty sure I totally won that one. 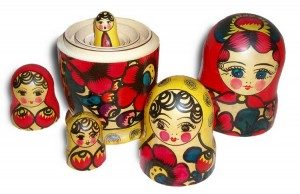 Episode one hundred and ten is up. We talk about Inception, but probably not for as long as you’d think we would. It would have just been us gushing about stuff for way too long. What really needs to be emphasized, in my opinion, is the amazing work that Nolan did with structure in this film. The third act doesn’t let up, and the gripping nesting-doll plotlines, each with their own ticking clocks, are pretty amazing. Especially when you consider that everything in each of those stories is taking place in dreams.

We also argue about Superman, and Jose basically just reads you facts about this week’s True Blood that he ripped off of another website.

One of the things we talked about this week was the ousting of Edward Norton from the Avengers movie by Kevin Feige in a not so diplomatic announcement. Quoting here from the press release…

“We have made the decision to not bring Ed Norton back to portray the title role of Bruce Banner in the Avengers. Our decision is definitely not one based on monetary factors, but instead rooted in the need for an actor who embodies the creativity and collaborative spirit of our other talented cast members. The Avengers demands players who thrive working as part of an ensemble, as evidenced by Robert, Chris H, Chris E, Sam, Scarlett, and all of our talented casts. We are looking to announce a name actor who fulfills these requirements, and is passionate about the iconic role in the coming weeks.”

Strong words any way you slice it. It was pretty well documented that Norton and Feige clashed heads over the final cut of the Incredible Hulk film two years ago and we all know how that ended. So maybe Norton was right? Maybe Feige blames Norton for the Hulk’s middling box office returns? (IMHO the movie relied way too much on CGI trickery and action at the expense of character and story) Who knows? Fact is Norton is out and now we’ll get the 3rd actor in 7 years to play the part of Dr. Bruce Banner.

Honestly it’s too bad. I think Norton brought a lightness and charm to Banner that had been missing since the Original TV series and is only now being rediscovered in the comics. Also, I’d rather have an actor who willing to fight for a better movie than one who’s just willing to play ball. That said, I’m typing on a blog and don’t have to make multi-million dollar decisions. So, there’s that.

We also talk about some other stuff but if you’re reading this you’ve probably listened to the podcast already.

(I would like a DVD release of Norton’s cut of the film, BTW)

We opened the show this week with some harsh audio which accompanied the picture above. I’m always happy to see shows push past limits in what you can do with drama and visuals. Some would look at it as a cheap grab for attention. I feel like it another example of genre fiction doing what it does best, using the new rules of a fantastical universe to depict emotion and story. Yea it’s pretty whacked out image, but it works at  leaving an indelible memory in the viewer. That is good T.V.

We also talk a little bit about the WW costume. I could go off for a few more paragraphs about how ridiculous and hyperbolic some of the internet reaction has been, but I will recommend that you listen to the guys at iFanboy and their latest podcast. They have a nice handle on what’s going on with the Amazon princess. Suffice it to say she hasn’t had this kind of attention in a long time and that is not a bad thing. Not bad at all.