Late into our Green Lantern conversation on this weeks show I struggled to find a word to describe how WB Pictures should treat their comic book properties in the future. Of course,  it was only after we finished recording it came that it came to me.

I think that might have been the missing element in the Green Lantern film. It never seemed as if anyone had respect for the character. When you don’t take care of your characters the audience notices and in turn they don’t care, or become willing to invest themselves in your story. Just a little something to keep in mind should Warner Brothers go on, as reported, to make a second Green Lantern film.

When Richard Donner was making Superman : The Movie they hung signs that read “Verisimilitude” around the production offices as a reminder of the depth and breadth of their undertaking. Perhaps they can just hang signs of Aretha Franklin around the offices as they embark on future DC Comics films. As a matter of fact, just play this at the start of every meeting. 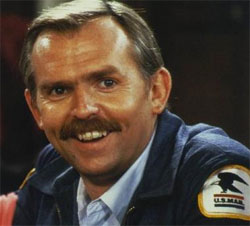 We went to E3 this week, and there’s a good hour of discussion in here. Jose touched the new Wii, caressed the velvety-smooth hind quarters of the PS Vita, and glided through Gotham City like an airborne princess, and he’s about to tell you all about it. I was only there for one day, so I don’t talk nearly as much. We do manage to get into an argument about the viability of handheld devices in the shadow of the smartphone, but honestly I don’t remember if anything gets decided. We then move on to the second hour, which is mostly about the mid-season finale of Doctor Who. Hey, if we split the show up into three parts instead of two, we could have two mid-season finales! Get SyFy on the phone because this is the new shit.

Finally, a quick link to Blastr, which I had never heard of before they put us in their article but I now regard as a very fine genre blog. Our now-deceased animated Star Trek project, Final Frontier, is featured in their list of “10 Awesome Unmade Star Trek Projects.” So go check it out and then tell us how much you hate the ship.

This week on the show we talked a LOT about comic books and comic films, namely X-Men First Class. That was only the beginning though, we launched into an hour plus long conversation about DC Comics new relaunch of their entire comics line. To do this we asked good friend Dave Rossi to join us and the result was a great conversation. We hope you enjoy.