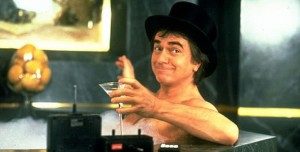 This week’s episode still manages to complain about Doctor Who even though it’s not currently airing. We also discuss the first three shows cancelled from the new fall season, as well as Comcast/Universal’s decision to release Tower Heist on VOD three weeks after it opens in theaters, and all for the low price of sixty frigging dollars. And there is some Snoop Dogg.

I think that’s the conclusion that we came too on the show this week regarding the season finale of Doctor Who. We had high hopes when Moffat took over the reigns of Doctor Who from RTD. I mean he’d given us classics nearly every season, and I think that during Season Five we did get some of that greatness. However, with Season Six all wrapped up, we’ve been left wondering, “What the hell happened?” Maybe, it’s too much continuity. Doctor Who used to revel in the fact that each story was a stand alone tale, but now with River Song, the Silence and the new “The Question that Must Not Be Asked”, it’s all become too much. I hope that Season 7 gives us much more of what Doctor Who is best at, great Sci-Fi adventure. I’m not saying that a little continuity and story arcs are a bad idea. I’m just saying, tone it down a bit.