Not for what it is but what it has become.

We talk a little bit about Uncle George’s latest comments about retiring from film making during the show this week. I don’t want to rehash what we talked about but I did want to post this picture since we talked about it on the show. Aside from that we talk a bit about Sherlock and the Oscar nominations. I’ll give you only one guess which was more exiting. 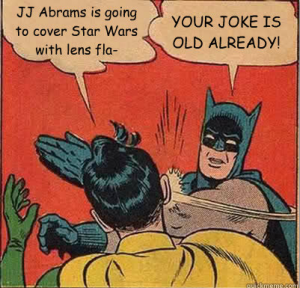 Yea, I got nothing this week. By the time we recorded the podcast all the good lens flare jokes were already taken. Still, we talk a little bit about the Star Wars news this week. I just want to jump three years in the future so I can just watch the movie and skip the years of agonizing scrutiny that this film will next before it is released.

Honestly, we get a lot more in depth about our favorite Doctor Who episodes and the stylistic choices of the possible new Justice League film. 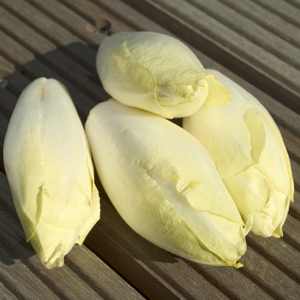 Episode 175 is here, featuring more dire news for NBC, a look at Quentin Tarantino’s favorite films of the year, and a debate on the merit of film criticism that was unplanned but noteworthy. We also talk a bit about the CBS pilot Elementary, a modern-day version of Sherlock Holmes that will likely have nothing to do with our beloved Sherlock and will instead be yet another mediocre CBS procedural featuring a handsome and clever protagonist. My bet is that they make Watson a woman, just so we can skip right to the sexual tension.

The Golden Globes were on this weekend and thus benign the official start of a glut of awards that will be handed out the next few weeks and months. We comment on the Globes in this weeks show, honestly though, it’s hard to even care anymore. There’s just so much content and so many awards out there now. It really doesn’t matter. Only the Oscars are “special” anymore, and I’m not sure how long that will last.

We also chat about some of the announcements at TCA (Television Critics Association) and blab a bit about Football (American) and the great film Hannah. Download and check it out. Leave your comments at the bottom. Thanks.

We’re back after a two week holiday break with a whole new episode. Apparently Jose forgot to even do a blog post for that last one, but no one really noticed so I guess we’re good. This week is our 2011 wrap-up, which sees us listing our favorites of the year in film, television, video games, and comics. It’s mostly positive with just a few nods to garbage like Torchwood: Miracle Day.