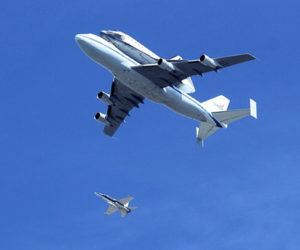 It’s Emmy time again, and this week’s new episode was recorded as the awards were being handed out. We interrupt here and there to talk about the winners, but it’s mostly forgettable. At least until the pilot for Homeland wins for best screenplay over two Mad Men episodes that may be the best of the series. Then I get a little perturbed. Other than that there’s pilot news, Skyfall gushing, and some Doctor Who. Finally, Jose talks for a while about his new PC, how much he hates PCs, and how much he loves controllers.

There should be a picture of Scooby Doo up there, but I wanted to put up Jose’s picture of the shuttle instead. I understand that it’s 2012 and I have the ability to put more than one picture on a blog post, but I don’t like to break tradition.

Through no actual plan of our own we managed to talk about LEGO a few times on the show this week. One is in reference to the great British show “The Thick of It”, now available on Hulu. It’s great, and we gush about it a lot on the show this week. The other is reference to the good game, LEGO Batman 2, which I’ve been enjoying. Except for that pesky Green Lantern figure, it shouldn’t be that hard to get right. You know?

I also want to thank everyone for sticking with us for 200 episodes. We really appreciate it and plan to keep going for the foreseeable future. See you next week. 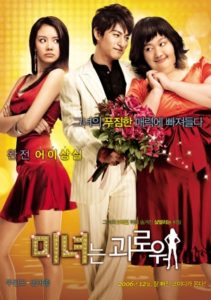 We’ve got our biggest show ever this week, busting out the old, crappy microphones to welcome three guests to the show. Dave Rossi is back, as are Reuben Monastra and our buddy Michael Wesley Aycock. There’s some news to catch up on that we missed during our time off, and then we dive into a few conversation topics. First up is a talk about remakes where Jose calls the average American moviegoer stupid. Then we talk about what everyone’s watching on TV and Jose calls upon the broadcast networks to forgo their bottom line and be more like PBS. So it’s pretty much business as usual.

Thanks to everyone who’s been listening for the past 199 episodes. We apologize for our uneven schedule in the past month, but traveling and moving got in the way. We’ll be back to a much more normal schedule next week with 201.