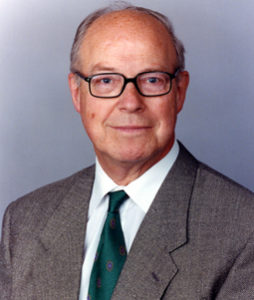 We’re back after a birthday break for another ear-assaulting episode of The Zero Room. A brief foray into the box office reveals an under-performing Cloud Atlas on Hurricane Weekend, as well as the rising juggernaut of Skyfall, which the rest of the world gets to see before we do. We go over the bizarre announcement that Arnold is starring in a new Conan film, lament the impending mediocrity of Ghostbusters 3, and talk about Warner Bros’ Justice League plans. Plus trailers, Jose’s misplaced iPad, and Steve Jones.

We talked a little bit about the Blu-Ray release of Little Shop of Horrors this week on the show. I just wanted to post this clip from the original non-musical version of Little Shop from 1960. Corman’s cult classic isn’t a great film, but it’s notable for at least one thing, a very young Jack Nicholson playing a masochistic dental patient. I’m not sure if he’s playing it straight here, but I think this was meant more for laughs. Bill Murray plays this bit in the film and I said on the show it’s one of the additions to the modern film that makes it better than the actual musical on which it’s based. 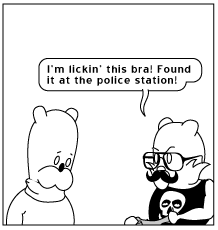 This week on an exciting new episode of the podcast, we take a look at trailers for Johnny Depp as Tonto in The Lone Ranger, as well as the latest Die Hard movie and something called Movie 43, which contains many poop jokes. Plus there’s a rundown of the cast list for the upcoming S.H.I.E.L.D. series, and then we vocalize our disappointment with the (half) season finale of Doctor Who. Plus Borderlands 2, an iOS game I like that isn’t tower defense for once, and Jose’s take on the ending to Marvel’s epic Avengers vs. X-Men event. Enjoy! 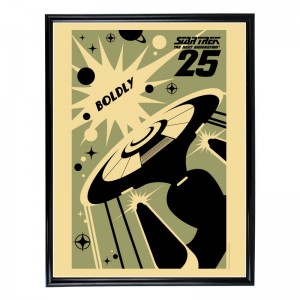 This week on the show we talk about one of our favorite subjects, Star Trek. Specifically the 25th Anniversary of Star Trek : The Next Generation. Aside from Doctor Who, TNG was probably the most important TV show in my young life. At the time is was the most visually striking and intellectually stimulating shows on TV. If you even doubt that, just look at the interest and influence that TNG still has to this day. It’s only rivaled by the Original Series and DS9, Voyager and Enterprise don’t come even close. For me it was always the superior series, with consistently better acting, writing, sets and effects. (at least it was more consistent than the Original Series).

Doug and I talk about our favorite 5 episodes, in no particular order. It felt good to remember what was great about TNG. Happy 25th!

(yea, we forgot Measure of a Man).