We talk a lot about trailers this week. As we draw closer to the end of the year news tends to slow down so it gave us a good chance to talk about some upcoming movies. Above is my favorite trailer, The Man of Steel. You can hear me gush about it on the show. It’s something special. From the Malick-esque shots of Kansas to the very Snyder-esque shots of mayhem and destruction, everything felt both new and familiar which is how this kind of stuff should feel.

The other half of the show felt this was better.

He’s wrong, but not by much. Giant fucking robots! Yes! 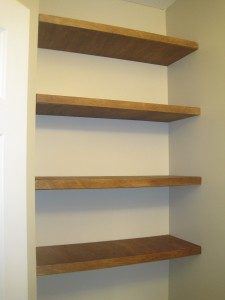 We’ve got an exciting new episode of the podcast to add joy to your upcoming holiday(s). If you’d like to hear Jose talk about how he could take Tom Cruise in a bare-knuckled brawl, then this is the episode for you. If you want to hear us talk about Kevin Smith’s newly-announced final film, which is now Clerks 3, then this is also the show for you. You may also enjoy the show if you are tremendously excited about the Star Trek Into Darkness teaser, liked that cool bubbly space ship in the trailer for Oblivion, or feel that there isn’t enough blood in Hotline: Miami. And also we talk about the VGA winners.

Nothing rhymes with twelve.

This week the Zero Room welcomes longtime Star Trek guru, professor and all around good guy Larry Nemecek to talk about Star Trek and his documentary
“The Con of Wrath.”

Larry’s probably forgotten more than I will ever know about Trek and more importantly it’s influence on fandom and culture at large. We talk a bit about the new film and its director/producer J.J Abrams but then we delve into the focus of his in production documentary “The Con of Wrath”, a well intentioned disaster of an event in 1982 just after the release of Star Trek : The Wrath of Kahn. We had a great time talking with Larry and hope that you will too. It’s a fun conversation about the early days of cons and fandom. If you want to know more about Larry, the Documentary and how you can help check out the links below.

THE CON OF WRATH

Donate link for Con of Wrath