Doug wrote a nice, thoughtful post last week about violence in video games. I had every intention to follow up with a similar post this week, but I am swamped with the making of the Tee Vee here so I’m going to keep this short so I can get back to the maelstrom of stuff flying right now.

It’s a promise of action, of heart, of family and yes…of hope. Today, I believe in that promise. On June 14th, we’ll know if they’ve held up to their side of the bargain.

It was also the 75th anniversary of Superman this week. I can’t remember if we mentioned it on the show but I wanted to point out some great articles this week commemorating the anniversary of Action Comics #1 which introduced the world to Superman and Lois Lane. 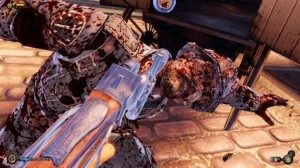 It’s easy to ignore all the murder when your game is supposed to be a popcorn adventure like Uncharted or Saints Row, but this becomes more difficult when you’re trying to say something. Killing a bunch of people in The Rock or Con Air has very little impact and is easy to brush over, because those films are meant to be fun and mindless. Killing people in A History of Violence or Eastern Promises has an impact on the main character and is a considered narrative choice. Bioshock Infinite is most definitely trying to say something, something that’s dependent on both of its main characters and their relationship on a lot of different levels. The fact that one of these characters is literally covered in the caked-on blood and viscera of hundreds of people who have died by his hand by the end of the game, and that his companion doesn’t seem to mind all that much, is very difficult to ignore.

Which isn’t to say it’s impossible to ignore, especially when you’re used to it from playing countless video games. I really enjoyed Infinite’s story. It’s one of the best video game narratives I’ve ever played, not that there’s a big list of decent game stories I can reel off right here and now. In fact, the story often outshines the gameplay – as we discuss in the podcast there were moments in the final hours where I didn’t want another monotonous gunfight, I just wanted to get to the next plot point. The resolution is wonderful, sci-fi in all the right ways while also grim and thought-provoking. And yet I couldn’t help but think that if the whole thing were told as a two hour movie with 1/100 of the murder it would have been even better. Violence is a necessary part of the story, but when you kill as many people as Booker does, it becomes so commonplace as to not even be an issue. Better to isolate it to a few incidents and talk about it.

There’s a moment in the opening hour of Infinite when Booker, after walking peacefully through Columbia for a bit, brutally murders his first police officer. The violence is so sudden, so brutal, and so unexpected, that it made me jump up and take notice. The juxtaposition was jarring, but in a really good way, a way that the game could have really taken advantage of. Then it happens again and again and again and that sudden, shocking violence is now commonplace and meaningless. Yes, it means something that Booker kills again after his experiences at Wounded Knee. But the question we’ve got to ask here is “Would it have meant more or less if he’d only done it three times as opposed to three hundred?” I think it would have meant more. The violence is then a shock, an issue, to both the player and to Booker.

But, of course, you can’t do that in a video game. You can’t tell a succinct story in two hours because no one’s going to buy a two hour game. And you can’t omit the violence and the shooting, because it’s a first-person shooter – you’ve got to have large-scale battles every five to ten minutes. These are huge obstacles to overcome in serious AAA video game storytelling. “You can tell whatever story you want, but make sure your main character kills as many people/aliens/robots as possible in it.” The fact that Infinite tried and succeeded despite those shackles is notable, but that doesn’t mean the shackles aren’t there.

I’m not against violence in art and I don’t want to play through Infinite by sneaking past all the guards and not killing anyone (and an army of robots, despite my podcast musings, probably wouldn’t work either). All I’m saying, as a writer, is that the level of violence in Infinite gets in the way of the narrative. The story’s still great, the game’s still great, and I enjoyed pretty much all of it. But Booker’s story is hampered by the fact that a defining and gruesome trait of his character must be ignored (by both the game and the player) in order for it all to work properly. It hurts the game. Only a little, but it does. So mad props to Ken Levine and the Infinite team for crafting a story so good that I almost don’t care. Almost.

Here’s the full video of the clip that we opened the show this week with. It’s a great bit of history and shows just what both Siskel and Ebert brought to people in an age before Rotten Tomatoes and Tumblr. As a reviewer Ebert’s gift was not only to understand the language and nuance of cinema but also to appreciate it’s popular attractions. In essence, what it is that makes movies work in popular culture. That’s why for over 20 years these guys were America’s critic’s

When I think about it I start to feel a little sorry for Mr. Simon who, if he’s still reviewing films now, must be beside himself at the number of films aimed at us “Childish Adults.” So to him all I have to say is… 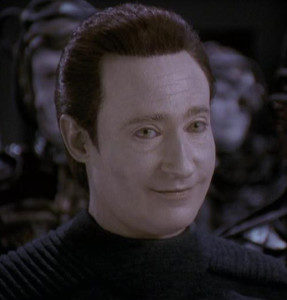 A return to title puns for an all-new Zero Room! I may have done Lore before but I don’t think so. I know there was a four/Dumbledore at one point. But anyway, join us in our latest episode as we talk about a bunch of news stories, including some casting rumors from Christopher Nolan’s Interstellar and a look at seventeen minutes of Battlefield 4 from GDC. Then it’s on to Doctor Who talk – in a shocking twist, I seriously enjoyed the latest episode. But the Christmas special was pretty dreadful, so don’t be too concerned. Best/Worst this week features Bioshock Infinite, Guardians of the Galaxy. I also mentioned the online card game Innovation, which you can attempt to decipher for yourself at this link here.