@defiantj3 “Who would be your first choice as Batman for the movie?” They just cast him, sooo, hooray.

If Dini approves then so do we. This week we chat about the big casting news and the insane blowback that followed. We also talk about some movie properties that might cross over to Television (one is a good idea the other not so much), and finally we talk about some old video games making a comeback that for some reason Doug is excited about.

We talked at length about the list generated at the Las Vegas Star Trek convention in which Galaxy Quest was included and ranked right smack in the middle of the list. With all due respect to those that thought it should be included, Galaxy Quest is not a Star Trek film. It is a film about heroism and second chances. It has themes about fandom and nostalgia and wraps it up through the lens of Star Trek, but it’s not a Star Trek movie.

I love Galaxy Quest. I love what it has to say about the enduring fanbase of Star Trek and it’s a fun comedy to boot. But…BY GRABTHAR’S HAMMER! It’s not Star Trek. 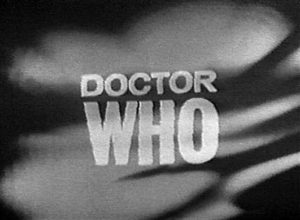 We were technically back from our relaxing summer hiatus two weeks ago, but I forgot to do the blog. And then I was in Florida last week, so we missed another one. But we’re back again, and this time for at least four consecutive weeks! It all starts here with episode 237, in which we discuss the just-announced casting of the twelfth (or possibly thirteenth) Doctor, Peter Capaldi. At 55 years old, he’s the same age William Hartnell was when he took the role. But he looks a lot younger, so that’s good. We’re excited about the news and are looking forward to a less noodly Doctor. We also get into an argument about whether the guy from Arrow and the guy who will eventually be cast as Barry Allen on Arrow have a shot to move on to a big-budget Justice League film surrounded by name actors who audiences care about. And then we bitch about Superman vs. Batman.