For the record this is the Wonder Woman fan film that we talked about this week on the show. There’s nothing actually wrong with it. There’s no doubt that a lot of care and work went into it, but as a confirmation that a Wonder Woman film is viable it fails.

As the title of this weeks episode suggests, the problem isn’t how to portray the image of Wonder Woman but rather how to tell her story in a way that a wide general audience can get behind it. I hope someone cracks it soon, but this, this just isn’t it. 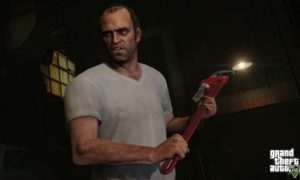 Welcome to an all-new, all-exciting episode of The Zero Room! Although we went into this one with a “there’s not much to talk about” mindset, we ended up talking for a while. We cover the finale of Breaking Bad, which we both enjoyed, as well as a continued discussion on GTAV. We learn that Jose is unaffected by virtual torture and he ruminates on what would happen if he hit me in the knee with a big wrench.