We’ll be talking about this in a future podcast. That is once Doug and I get done plowing through Stillwater City in co-op mode leaving behind us a trail of broken, twisted wreckage in our wake. That said if you want to get an idea of my feelings about the game so far, “Yahtzee” over at Zero Punctuation sums up a lot of what I’m feeling.

We just posted episode twenty-eight of the podcast, which as usual includes a lot of talk about the weeks news. One of our topics this week was about the two big comic book events from the “Big Two”, DC’s Final Crisis and Marvel’s Secret Invasion. In there I make the comment that could be described as follows.

Secret Invasion is to The Iron Man Movie as Final Crisis is to The Dark Knight Film.

Heady words indeed. As I tried to point out in the podcast, I certainly don’t think that Final Crisis is as good the The Dark Knight, nor do I think that Secret Invasion is as good as Iron Man. What I do think though is that SI is perfectly happy trying to be a summer blockbuster with just about as much depth and character as a Michael Bay film, not that there’s anything wrong with that. Meanwhile, Final Crisis is attempting, not altogether unsuccessfully, to create a substantial and deep narrative within the framework of men and women in brightly-colored tights.  That is no small feat and while it may not always succeed, I think it’s worth applauding the effort of trying something different.

This week’s episode brings news of an upcoming not-for-kids Muppet film noir, an idea that could go horribly awry but will most likely be pretty cool. Henson has kind of let the Muppets languish in obscurity for a while now, but they’re actively trying to regain some of the recognition that’s slipped away from them. With this, a Jason Segel (Forgetting Sarah Marshall) family-friendly Muppet film in the works, and a Dark Crystal sequel from Genndy Tartakovsky, the company is really making a push to be important again beyond the 3-and-under demographic that Sesame Street has in its thrall.

We also spend a great deal of time (too much, probably) talking about the recently released images from the new Star Trek film. It’s totally ridiculous to make any kind of judgement about the film based on a handful of images, but we pretty much do that anyway. I reiterate that I really hope to be able to go into this film and have it blow me away. If it’s good enough I can forget that it’s not Shatner up there on screen. Although Spock is still a little shiny.

I saw this great cover for the Doctor Who comic from IDW and just felt I had to share. Ben Templesmith is a great artist. Everything from him that I’ve seen always has great character and a singular unique look too it. For more check out his great work on the Warren Ellis book Fell. 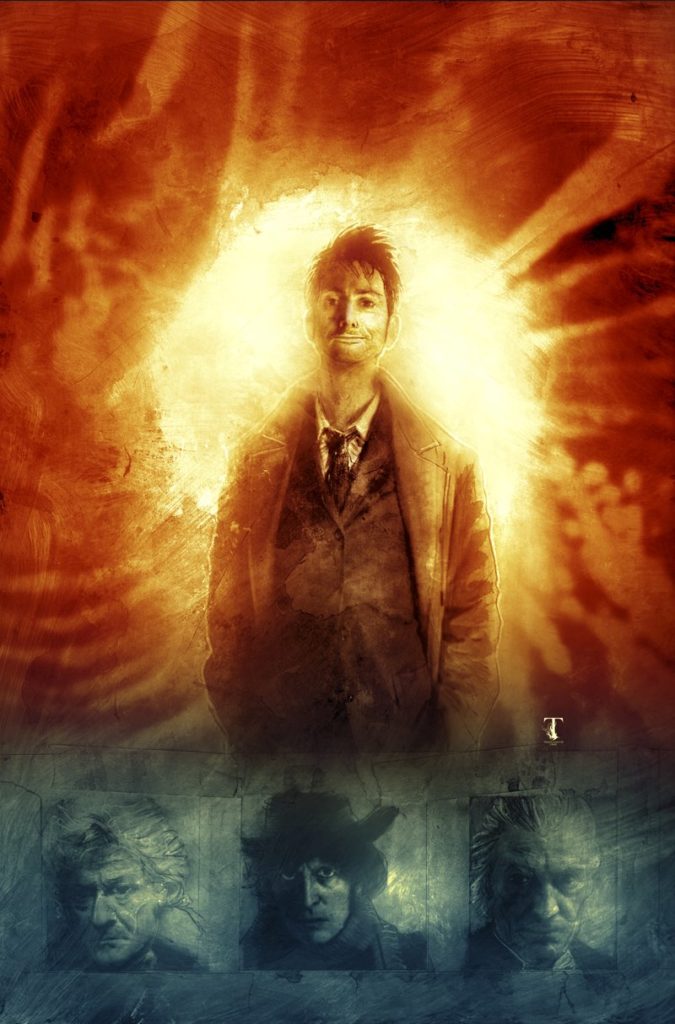 We were delayed a day this week on account of me nearly getting stabbed at the Dodgers game, but it’s Tuesday now and we’re back with episode 26. Due to last week’s Star Trek fiesta, we lost out on a week of news that contained some very interesting (Branagh on Thor) and ridiculous (Chi-WOW-hua) stories. So this week we’re playing catch-up with a quick hour of news stories and tangents.

I want to clarify here exactly how I would beat up Harvey Keitel.

Now, I am not denying that he’s got some fight in him, because obviously the man has a history and that history is peppered with adversity and Marine training during a time when the Marines were allowed to hit recruits. However, the guy is sixty-nine years old. IMDB won’t tell me his height, but I assume I am taller. In a closed space, straight up, hand-to-hand throw down, it is likely that he would punch me once in the throat and I’d go down in two seconds, but if we were in a more open area, with room to run, I’m winning that fight nine out of ten times.

Old people get tired, and despite my sedentary lifestyle I am pretty spry. So the key here is to keep moving, keep provoking Keitel into chasing and lunging, until he’s a little run down. Once he’s slowed, all there really is to do is to get an approach from the back or sides, and take out his legs. Old people have problems getting up, especially when they are being kicked in the ribs until they tap out.

We’ve just posted our 25th episode, in which we talk about Star Trek for nearly two hours. But it’s a good two hours, filled with nostalgia and mirth, and features Star Trek: Remastered producer Dave Rossi, a guest who is far more amiable than either of your hosts, so be sure and listen to the entire thing.

Unlike previous episodes, there’s no news and no box office. Star Trek is a topic that’s very dear to all three of us, partially because it’s helped to pay our bills, but mostly because it’s got a lot to do with what drove us to pursue careers in this insane industry. We probably could have talked for another two hours, but it was getting late and, really, how long can you listen to us talk?

Our upcoming 25th show should prove to be quite a long affair as we jump straight down that maw that is the Star Trek franchise. It’s one of the conversations that we’ve been looking forward to for quite some time now. That coupled with having our good friend Dave Rossi on the show should prove to be a great way to celebrate hitting the six month mark of doing the show.

I want to thank Doug for the bang up job of prepping our new shiny website and remind you all that I reserve the right to smack  J.J. Abrams at my discretion.

I’m really excited for next week’s show, which will feature Dave Rossi as a guest. Dave was one of the producers in charge of the Star Trek: Remastered project, and previously had been involved with the Trek franchise since TNG. We’ll be discussing the process and thought behind Remastered as well as addressing a few issue on the state of the franchise as a whole. Not only does Dave bring a behind-the-scenes perspective, he’s a huge Star Trek fan (as am I) and the combination should make for a very interesting show.

I will try not to bitch too much about J.J. Abrams. I cannot say the same for Jose.